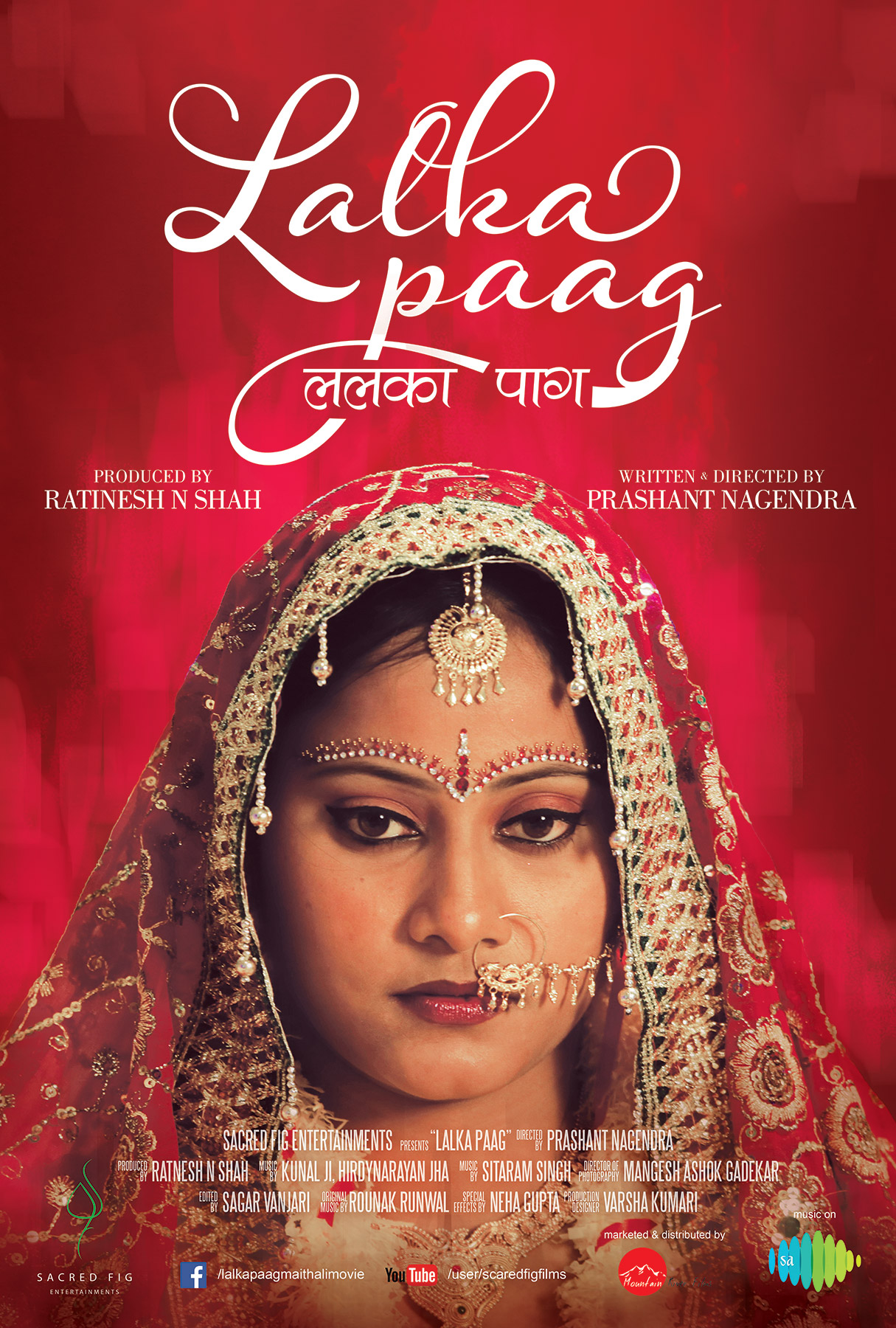 Enscripted by Rajkamal Chaudhary, Lalka Paag is the story of Tiru, a village girl and Radhakant, a modern day man with high educational qualification, perusing an MBBS degree. He gets forcefully married to Tiru instead of college love-Kamakhya. Tiru is a reflection as well as a representation of the ideal Maithili women, an epitome of sacrifice. She is well-aware of all the rituals and societal prescribed duties of her life. Tiru was aware that Radhakant would never full-heartedly accept her as his wife. The suppressing silence of Tiru soon became her enemy, this perennial silence made her spouse and in-laws even stronger and neglecting towards her emotions. So much that Radhakant started contemplating on getting married with Kamakhya. Radhakant confesses his intention to marry Kamakhya in front of Tiru. She declares she has no objection. Now, Tiru becomes like puzzle to Radhakant, an unsolved and inviting puzzle. During marriage ceremony, the priest requests Radhakant to put up red turban on his head, as this has been the costume of Maithili marriage for centuries. Tiru gives him Lalka Paag, the same which was used in her marriage with Radhakant. Beholding this sacrifice of Tiru, Radhakant bursts into tears. Radhakant is mesmerized with beauty of Tiru… pure and untouched by modernization. Radhakant now is in Dilemma, one side there is Tiru in all her innocence and purity and on the other is Kamakhya, the love of his life.